Jane Eisenhauer entered The Gordon Institute in the Fall of 2013 with the goal of taking her career to the next level. At the time, Eisenhauer was working as a Systems Engineer at Raytheon. “I wanted to become a technical team leader and I was comparing different paths given my experience and my knowledge base. Getting an advanced degree felt like a step in the right direction. I knew I wanted to get a master’s degree right after graduating with my bachelor’s, but I wasn’t ready to decide exactly what field. I was a math major in undergrad with a minor in computer science. It was a very broad field, so I wanted to gain some work experience to figure out where I had gaps and what would be beneficial. I wanted to make sure I wasn’t just ‘checking the box’ but doing something that would help me and grow my career.”

After approximately four years of working as an engineer, Eisenhauer felt passionate about continuing to work with a team and aspired to lead her own. “I knew I wanted to lead and interact with people but I also wanted to stay technical.” After comparing a number of master’s degrees and programs Jane decided on The Gordon Program because the curriculum offered the ability to gain both leadership capabilities and technical skills. The Gordon Program also appealed to Eisenhauer because it allowed her to continue working while taking classes. “I felt like I had a really good rapport with my team at Raytheon and I wanted to continue to build that relationship. I felt like taking a year or two away from work to earn my degree would have set me back in my growth at Raytheon.” 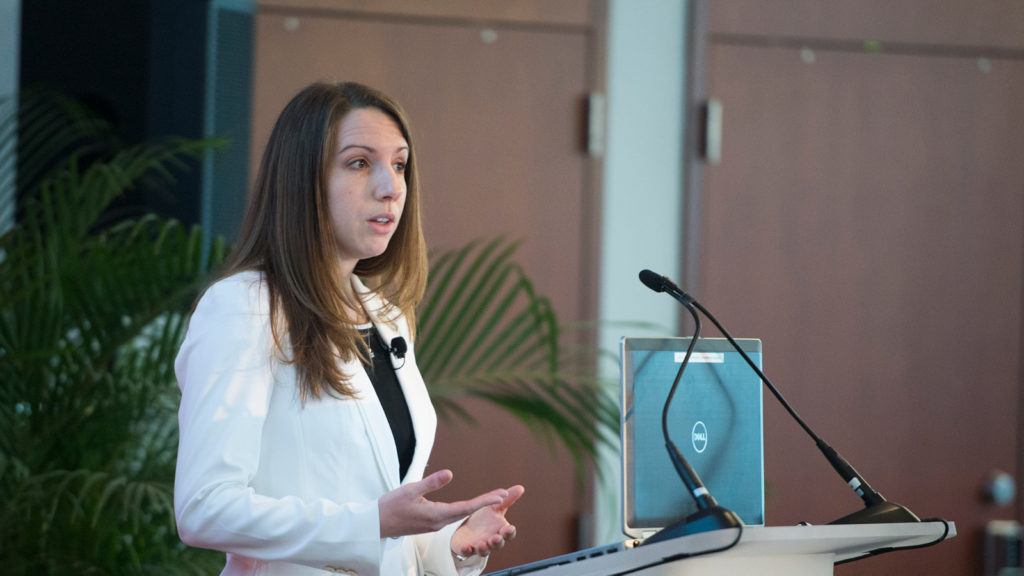 In 2015, Eisenhauer graduated from Northeastern University with an M.S. in Electrical and Computer Engineering Leadership. The skills she acquired through her coursework became apparent in her career and were recognized by her supervisors. “One year after I graduated there was new work coming in, and a new team was being formed. My boss and my technical lead came to me and said ‘We appreciate the work that you’ve been doing as an individual contributor.  We see you have been able to step up and take on some additional responsibilities. Would you be willing to take on the role of team lead? It will be a lot more responsibility but we think it’ll be in your wheelhouse based on the work that you’ve demonstrated here and the degree you’ve earned.’” Eisenhauer rose to the challenge and accepted the position; she has been leading this team for the past two years which has grown to fourteen engineers.

Eisenhauer says part of her success stems from The Gordon Program, which she believes prepared her to take on her new role at Raytheon. “Everything we’ve done in the program is so applicable to my job. As an individual contributor, I’d had limited exposure to setting schedules and going through the full phase of a product lifecycle. Now, as a team lead, I regularly define plans for task execution, have conversations to set expectations with my team members and communicate budget and schedule information to program and engineering leadership. I am so glad I was able to practice those skills in a safe environment in the classroom, and now have tools available to handle these situations as they come up.” 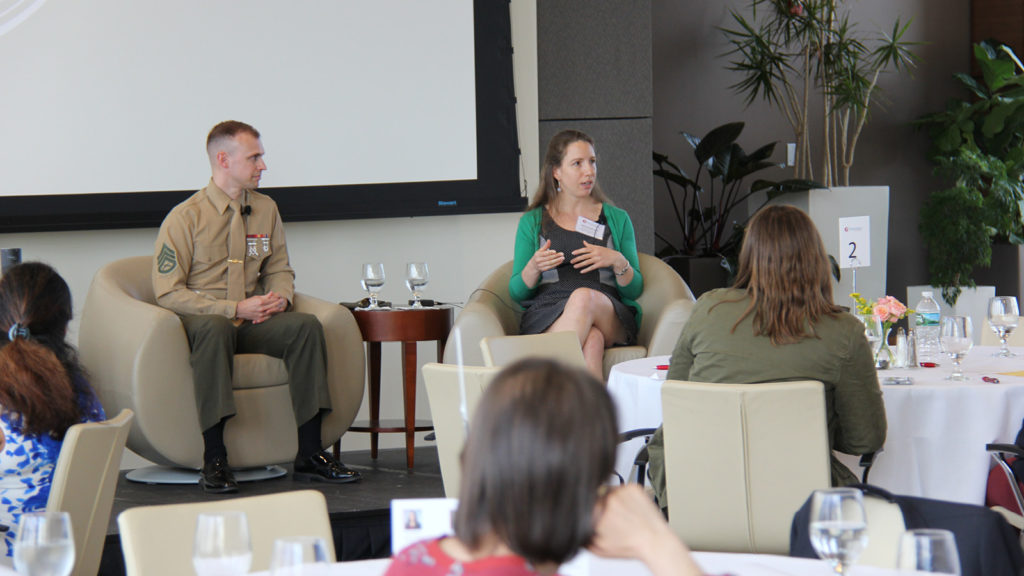 This year, Eisenhauer gave back to The Gordon Institute in more than one way. She spoke on the alumni panel at the Gordon Engineering Leaders Conference this past May and shared her experience on mentoring and mentorship with a crowd of Gordon Fellows and Gordon Fellow Candidates. She is also serving as a Gordon Mentor to a current Gordon Fellow Candidate. “I have been really blessed to have great mentors in my life and throughout my career. The perspective they’ve been able to share, as someone who’s on the outside but is experienced in what I’m working on, has been outstanding. They’ve been able to ask me tough questions that I haven’t been able to ask myself or just provide an outside opinion or a calming voice of reason. It has been really helpful to me. The fact that I can offer my experience as someone who has been through the program to a student who is currently experiencing the stuff that I did is such an honor. I’ve been really positively impacted by people who are willing to take time to help me, so I’m so excited to be able to do the same thing for others.”