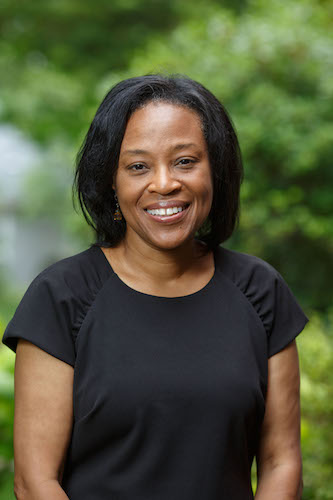 Director of Communications and Events

As the ODEI Director of Communications and Events, Cecilia collaborates with campus offices, external partners, and students to develop and execute communications vehicles in support of institutional diversity and inclusion efforts.

Cecilia’s communications experience includes working for several years as a local freelance reporter. Subsequently, she managed communications as the Assistant Director for a statewide program that serves the Commonwealth’s senior citizens. She worked at Northeastern previously for five years in Human Resources Management’s (HRM) Talent Acquisition group. During this tenure she also functioned as a liaison between HRM and other departments throughout the university.

In 2018, while working in HRM Cecilia received the Community Engagement Award from Northeastern’s City & Community Affairs “For commitment towards creating a just, equitable and sustainable future in the City of Boston”. She received this award for her work in producing career-focused educational opportunities and events at Northeastern at other community-based organizations to benefit the communities surrounding Northeastern and Greater Boston.

Cecilia has a BA in English from the University of Massachusetts, Boston, an MS in Adult and Organizational Learning (with a focus on Human Resources) from Suffolk University, and an MA in Journalism from Northeastern University. 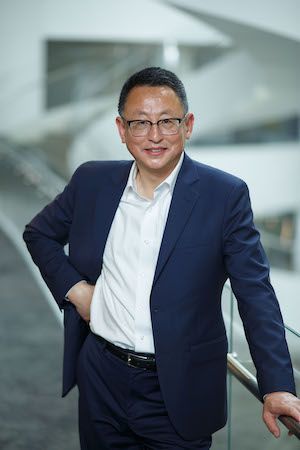 Phil is a Professor of Criminology and Criminal Justice at Northeastern University. A former Associate Dean for the School of Criminology and Criminal Justice, Phil served as Associate Vice Provost and then Vice Provost for Graduate Education from 2012-2018. As Vice Provost for Faculty Affairs since 2018, he has co-hosted the Provost’s diversity recruitment forums with the Office of Institutional Diversity and Inclusion and the ADVANCE Office of Faculty Development. Over the past year, in conjunction with Debra Franko and as a member of the Presidential Council on Diversity and Inclusion, Phil has been leading a group effort focused on university-wide anti-racist and cultural literacy training, and sat on the working group to improve racial, ethnic and cultural studies at Northeastern. Among other responsibilities, he will continue this work in his new capacity.

Phil was the recipient of the Professor Robert Sheehan Excellence in Teaching Award from the School of Criminology and Criminal Justice and the Outstanding Alumni Achievement Award from the University of Nebraska at Omaha. Phil was the PI for the U.S. portion of the 30-nation International Self-Report Delinquency Study funded by the National Institute of Justice. He has been actively involved in the rule of law reform related projects in China, sponsored by the Ford and the MacArthur Foundations. He was the PI for a MacArthur Foundation project to study legal representation and criminal processing in Chinese lower criminal courts. Phil was the Secretary and Treasurer for the Division of International Criminology, American Society of Criminology. He also serves as the Vice Chairman on the Asian Criminological Society Supervisory Board. Phil was the Treasurer and is now President of the Council of Chinese American Deans and Presidents. 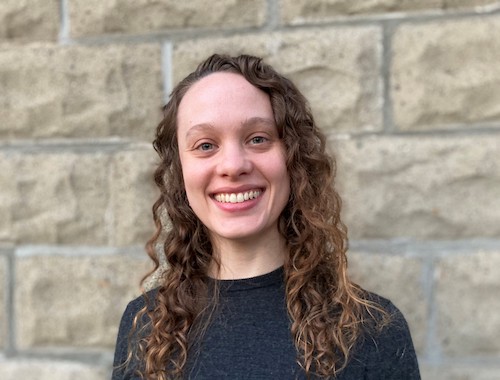 Katy Wassam is Executive Assistant (E.A.) to the Northeastern ODEI Chief Inclusion Officer. Earlier this year Katy received an M.A. in Urban and Environmental Policy and Planning from Tufts University. She also has a B.A. in Latin American Studies and Global Studies from Colby College. Previously, Katy worked as an E.A. to the Chief Information Officer at Tufts, where her duties included managing in-person and virtual events for 250 staff, including town halls, social events, and retreats. 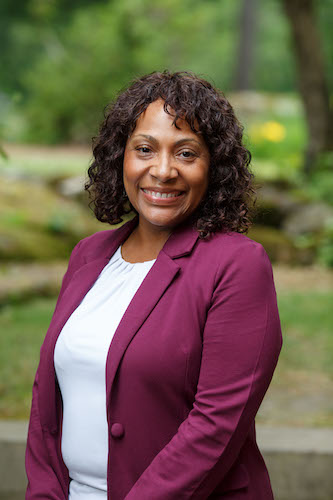 Dr. Melissa Pearson is an Associate Teaching Professor in the Writing Program. For more than 20 years, Pearson’s research and teaching has been grounded in Racial Literacy and Concepts of Social Justice, and in African American, primarily Black Feminist Rhetoric. She also holds a part-time position in the Office of Diversity, Equity, and Inclusion.

Her philosophy on social justice education: The pursuit of social justice and anti-racist living means confronting all of the evidence of inequality, even when it challenges one’s own identity and ideology. Thus, my approach to anti-racist pedagogy begins with concepts of positionality and socialization because one’s gender, race, class and cultural experiences matter and contributes significantly to their worldview. It is often easier to sympathize with someone’s oppression from an observational point of view; but when students (people) learn that through socialization we “learn” racist attitudes and behaviors whether we are aware of it or not. Also, as much as institutions such as government, media, schooling, religion and family structure dictate much of what we come to understand about race and difference, it is through public discourse such as advertisements, film, social media, etc. that stereotypes and justifications for racial oppression are reinforced. In my course, we spend time understanding concepts of oppression (sexism, racism, classicism), white privilege, and white supremacy, through the theoretical lens of Cultural Violence (Johann Galtung) and deep rhetorical analysis of public/popular discourse. 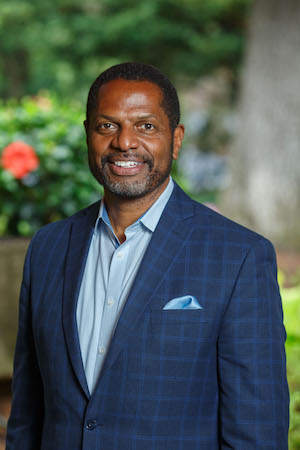 Prior to joining Northeastern, Dr. Reid served for seven years as the Executive Director of the National Society of Black Engineers (NSBE), marking his return to the organization that gave  him his first major leadership experience 32 years earlier. A certified diversity professional, Dr. Reid has been a leading national advocate for diversity and inclusion, and increasing college access, opportunity and success for low-income and minority youth.

Dr. Reid came to NSBE from the United Negro College Fund (UNCF), where he oversaw new program development, research and capacity building for the organization’s 37 historically black colleges and universities and held the title of Senior Vice President for Research, Innovation and Member College Engagement. Before his service at UNCF, he worked in positions of progressive responsibility to increase diversity at his alma mater, the Massachusetts Institute of Technology (MIT), which he left as Associate Dean of Undergraduate Education and Director of the Office of Minority Education. While working at MIT as Director of Engineering Outreach Programs, Dr. Reid earned his Doctor of Education degree at Harvard University. His dissertation explored the interrelationship of race, identity and academic achievement for African American males in college. He is the author of “Working Smarter, Not Just Harder:
Three Sensible Strategies for Succeeding in College…and Life.” Dr. Reid is also a founding member of the 50K Coalition, a national effort to produce 50,000 diverse engineering graduates annually by 2025.

Dr. Reid was born in the Bronx, New York, and grew up in Roosevelt, New York, a mostly working-class, African-American community on Long Island. The high value his parents placed on education, and his admission to a well-resourced, magnet high school near Roosevelt, put him on a track to follow his older brother to MIT, where he earned his undergraduate and master’s degrees in Materials Science and Engineering and was a Tau Beta Pi Scholar. He credits his membership in the NSBE chapter at MIT with giving a vital boost to his self-confidence and leadership skills. He joined the Society during his freshman year, was elected chapter Vice President during his junior year and subsequently served as NSBE National Chair.

After graduating from MIT, Dr. Reid worked in the computer industry for 12 years in product management, marketing, sales and consulting. In 1991, five years into a successful career in sales and marketing with IBM Corporation, Dr. Reid read Jonathan Kozol’s “Savage Inequalities,” a seminal book about educational disparities in the U.S., which sparked his passion for bringing about positive change through education of African Americans and other underserved populations.

He is a frequent contributor to the national diversity engineering dialogue and author of several commentary pieces, and he has been quoted in numerous articles in publications such as Forbes, The Wall Street Journal, U.S. News & World Report and The Hechinger Report. 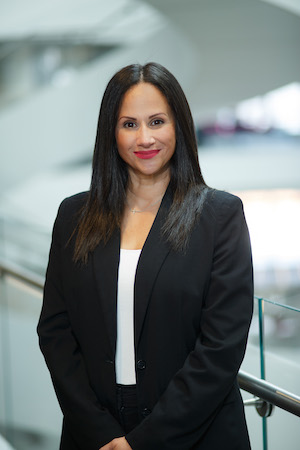 Rosa’s career as a diversity, equity, and inclusion practitioner and strategist has helped community-based organizations, cultural institutions, and institutions of higher education prioritize and approach their work through a lens of inclusion and justice.

Prior to joining the MFA, for over a decade, Rosa served as the Director of the Latinx Student Cultural Center at Northeastern University. During her tenure as director, she advanced recruitment, retention, and student development of Latino | a | x and Latin American students.

In addition, Rosa has consulted, advised, trained, and presented to multiple organizations on diversity and inclusion strategy and communications. As the Executive Director of ODEI, she will also be working collaboratively with university partners to develop and monitor staff and supplier diversity strategies for the global university system.

Rosa holds a Bachelor’s degree in Sociology from the University of Massachusetts at Amherst and a Master’s degree in Social Work from the Boston College Graduate School of Social Work. Her academic track in her graduate program was in administration, with a focus on community organizing and organizational policy planning. 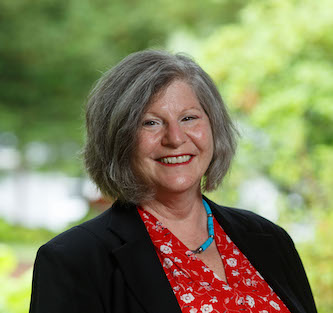 In this role, Lisa will create, lead, and implement opportunities for cross-collaboration and work with the Diversity, Equity, and Inclusion (DEI) Leads across the global university system. Specifically, she will support, strengthen, and leverage the network of DEI Leads, and track and measure the impact of DEI efforts across the university.

Lisa brings interdisciplinary program management experience to the position. Prior to joining ODEI, Lisa was a leader on Northeastern’s Wellness Team for the Community Tracing Collaborative where she supervised training delivery and contract tracers for COVID-19. Previously, she worked for 14 years as a Program and Projects Manager of Community and Training at Massachusetts General Hospital (MGH). Her work included partnering with the Director of Diversity for Nursing and Patient Care Services to address and support the needs of the diverse patient population and patient services delivery staff. Lisa was also an internal programs consultant for the Ambulatory department and her work was interdisciplinary, spanning the entire MGH organizational network (Ambulatory, Nursing, Infection Control, Practice Management, Compliance, etc.).

Lisa has a Bachelor’s degree in Classical History, with a minor in Art History and English. She also has a graduate certification in Organizational Behavior and Learning, and a certificate in Health Equity and Pandemic Preparedness.